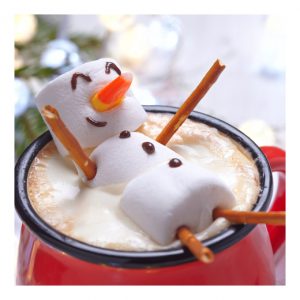 The holidays are just around the corner. What, with all the food temptations, warm, chocolate drinks, and electric blankets, how can you blame anyone for lounging around? The snow is great—when you’re not covered in it. And besides, the best time for a nap is when it’s cold outside, and the fireplace is going, right?

But some habits are developed during the winter months that are best left undeveloped. Here are some habits to avoid this winter season.

Is there such a thing as a “cheat month?” The fact is, your body doesn’t think so. It doesn’t matter how warm that hot chocolate is. Don’t let your diet die this winter. Be sure to include vegetables. And don’t just drink hot chocolate 24/7.

Of course, dieting and exercise are on every healthy-habits list. But in the winter months exercise is especially important. In the warmer months, you’re outside more on average than you are in the winter months. Think about the times you’ve walked to the store, jogged on trails, or relaxed with friends at the park or at that outside restaurant. But in colder weather, it’s really easy for all that extra movement in your day to completely cease. Keep up on your exercise: it might be the only significant movement you get most days.

The holiday season is just around the corner. Don’t let your health take a holiday! Avoid these three holiday slumps to stay in shape this winter.

The post 3 Unhealthy Habits to Avoid this Winter appeared first on Apartments For Us.